I think this is what @tutschku might have mentioned on the Slack, but when I was testing fluid.audiotransport~ today with sine waves (bad idea…) I was getting these crazy clicking sounds, which I thought were CPU spikes dropping frames. So I cranked my I/O settings up and even though the CPU wasn’t super low (around 6%) I was still getting these click things.

I put a spectrumdraw~ on the output of fluid.audiotransport~ to see if it was the processes actually doing it and low and behold it was.

So using the default help patch and setting both to sine waves, if you set the interpolation at either extreme you get these aperiodic thumps/clicks. 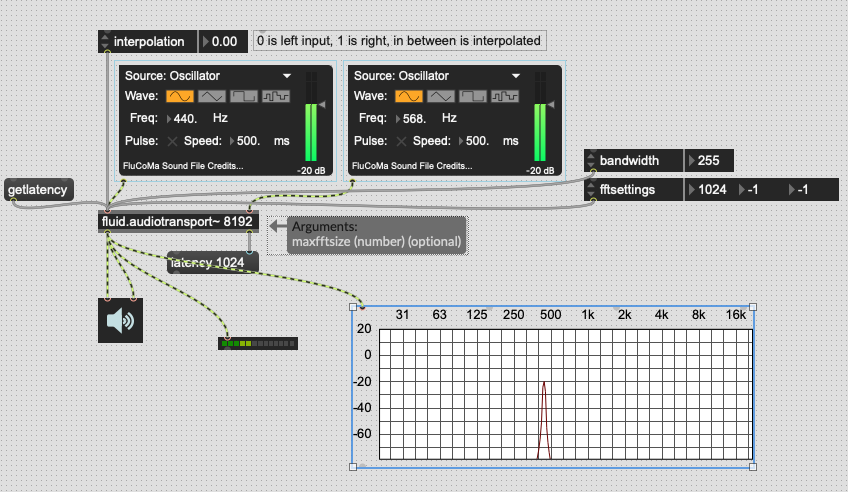 (p.s. is it @weefuzzy that codes with this micro-grid background?!)

We know this one and others on that object so that does not count to your tally, @rodrigo.constanzo

Figured it was the same kind of thing @tutschku mentioned, but I hadn’t heard it until testing it.

…so that does not count to your tally

Is there an actual tally? I’d be curious to know what the numbers are at!

I know @tedmoore has been crushing it with SC bug finding, but he’s newer on the scene.

Is there an actual tally?

he’s newer on the scene.

ooh i didnt realize it was a competition. is there a prize?

So we’re all winners…