When zooming on fluid.waveform~ small values are reduced and tend to be zeroed.

For each picture a fluid.waveform~ is on top and a regular waveform~ on bottom.

The first couple displays the waveform with a zoom factor of value 1.

The second couple displays the waveform with a zoom factor of 0.31. Between 1. and 0.31, the red values have gone down, reaching even 0. for some.

The areas circled in green allow to compare values for two specific positions. 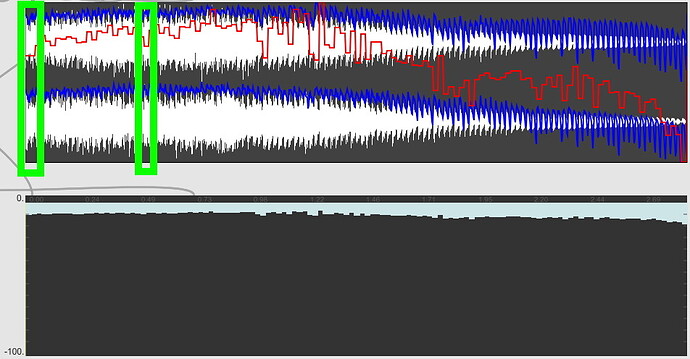 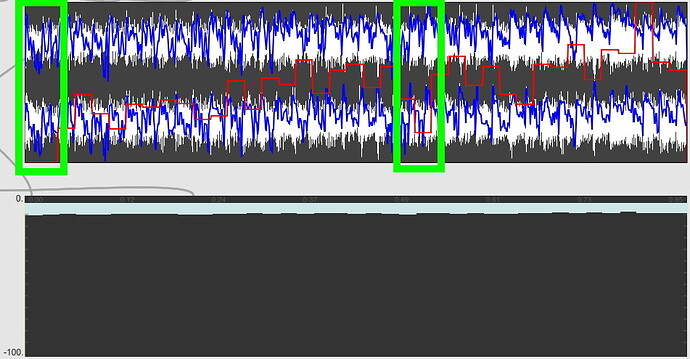 Hmm. I suspect it’s doing something dumb like rescaling based on the segment it’s displaying rather than keeping the global range intact. I’ll make an issue and get to it when I can…