I finally got some stuff up and running (with some help from Martin Dupras (is he not on the forum?)). 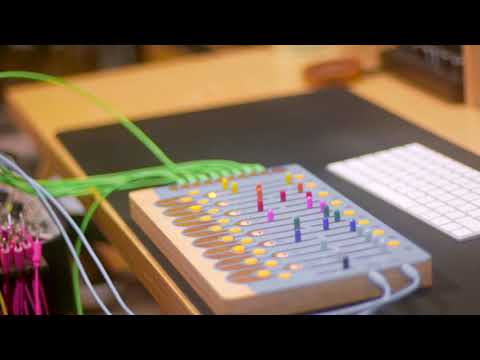 (copypasta from the video description):

Here’s an early test of something I’m building for my Landscape NOON. The idea is that all the code/hardware will eventually live on a Bela as a standalone “instrument” with some additional components to scale the CV outputs as required.

What’s going on in this video is that I’m using machine learning (via FluCoMa + SP-Tools running in Pure Data) to train different classes on the snare (center, “edge”, two crotales, rim tip, and rim shoulder) and then using that to trigger 6 of the voices on the NOON. I’m also using descriptor analysis from each attack to scale the gate length, gate height, and envelope parameters.

I’ve also setup my Erae Touch to also trigger the same voices (color coded) where the XYZ in each of the 8 zones controls gate length, gate height, and envelope release.

The plan is for the final instrument to be a wooden CNC’d enclosure that will house all the additional electronics along with the Bela and some audio I/O so it will be a completely standalone instrument.

It was a bit of a pain to work out everything in Pure Data, vanilla no less. I did experiment with Purr Data and a couple others, but it kept crashing and acting weird, so it’s all vanilla (+ FluCoMa).

At the moment it’s running on desktop, but the idea is to have it run on a Bela with some additional hardware for CV scaling, controller I/O etc…

I may end up including some of the SP-Tools I built for this with the next SP-Tools release as they would be useful for others I’m sure. Basically I built the stuff for onset descriptors, classification (MFCCs) and meta-descriptors (controllers/speed): 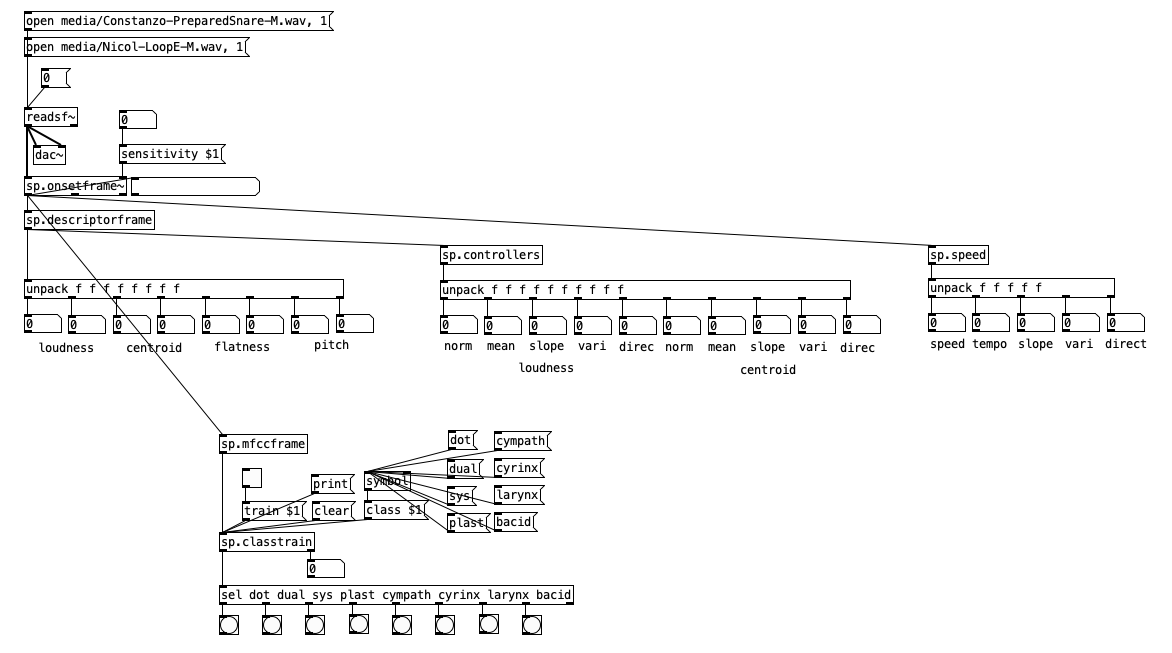 It was a bit of a pain to work out everything in Pure Data, vanilla no less. I did experiment with Purr Data and a couple others, but it kept crashing and acting weird, so it’s all vanilla (+ FluCoMa).

indeed vanilla is a good exercise in patience and economy

congrats on it all - I hope you’ll port the full SP tools to pd for that community - they are incredible.

congrats on it all - I hope you’ll port the full SP tools to pd for that community - they are incredible.

The core components aren’t so bad, it’s just ending up being quite encumbered with loads of abstractions for common processes (scaling, list processing, etc…) that unless it’s going to come along with more dependencies, it would take a ton of work to encapsulate all the bits up into singular abstractions.

I have a paper deadline next week, and then I can get back to compiling Flucoma Pd for Bela, thanks for the extra motivation…

He is, but he has a hidden identity

Hi Rodrigo!
I’m really impressed by your work. I started porting the sp.tools to pd a few months ago, but I haven’t had much time to work on it. Would you be willing to share your pd stuff? That would be really great!

I was thinking about including it in the next SP-Tools release as it may be handy. There’s only a few of the abstractions made (what you see in the screenshot above), but it is some quite core functionality:
sp-tools bits.zip (18.2 KB)

I do want to get rid of some more dependencies as there’s a few extra abstractions in there, but it should all work fine in vanilla with the stuff in that folder.

Would be curious what you’ve built and how far you’ve gotten.