Not too certain what I think of this, April edition (slightly cheeky) 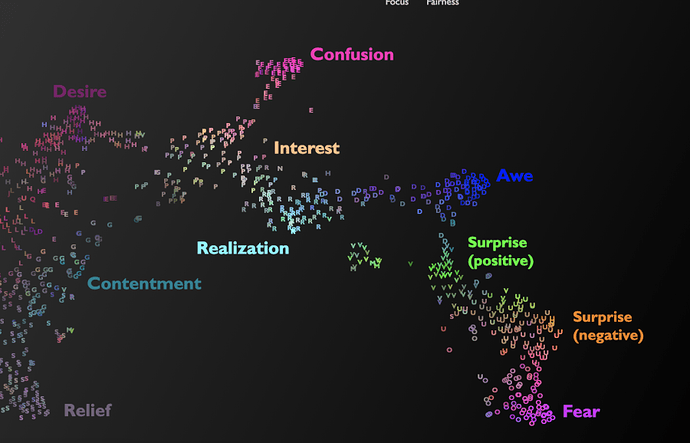 An Interactive Map of the 2,000+ Sounds Humans Use to Communicate Without...

When did language begin? The question is not an easy one to answer.

This is an interesting use of corpora… the emotion mapping is done by humans (1000) so slightly less controversial than the emotion descriptors that @weefuzzy likes to subvert… but what I think could be fun would be to get that database of sounds and emotion mapping and find some sort of multidescriptor correlations, and since it was made by clichés of such emotions by actors, we could run this as a musaiking of cheap Hollywoodian flics and see what we get, right?

I hope you enjoy with a pinch of salt!

It sounds great, particularly for creating fast scrolling, but I wonder how clustery the voices of 56 people can be, particularly when the pool is “some professional actors and some not”. For me, a lot of the emotional stuff sounds like what one would expect those sounds to be. As in, mediatized and super culturally specific versions of each of those emotions is supposed to sound like. I mean, the fear sounds like a shit horror movie, for example.